Angst+Pfister Sensors and Power is launching its newly developed sensor technology for integrated load and weight measurement. In contrast to standard load cells or solutions using strain gauges, no additional mounting is necessary as a result of the concept and the customised design. The two rigid plates at either end of the elastic dielectric form the mounting or the contact surface for the load or weight measurement. Because the geometry of the sensor can be chosen as needed or specified by the customer, the sensor can be integrated directly into the end product. This dispenses with the need for constructing a mounting, as well as the associated material and assembly costs. The capacitive measurement principle in pressure and load sensor technology has actually been known for many years but, despite its many advantages, has only been used in niche areas, primarily due to high costs. Most sensors use a Wheatstone bridge as a basis or have a resistive design. Due to the rapid advancement in electronics for capacitive systems, driven by touch screen development, this has now changed. Capacitive systems are no longer intrinsically expensive and they also offer the advantages of high resolution and low power consumption. Angst+Pfister Sensors and Power is now offering customised capacitive load and weight sensors with the aforementioned advantages at an attractive price. For initial tests, and to allow customers to get to know the new sensor technology, Angst+Pfister Sensors and Power has developed a starter kit. A sensor area of 170 mm x 170 mm, the integrated electronic evaluation unit and a USB connector are included in the kit, along with the software for visualising and recording the measurement values. Use the capacitive load sensor technology from Angst+Pfister Sensors and Power to implement fully integrated sensor technology tailored to your product. 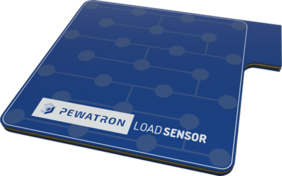